Essayist Robert Fulghum once surmised that everything he ever needed to know he
learned in kindergarten, but I was a slow learner.

Maybe Little League was just the beginning of my higher education, but everything else I ever needed to know I learned in the sandlot on endless summer days that simmered into night games on the grassy fields of the local diamond. Just like school, you’re never conscious of your own education. It comes back to you much later, say, as you watch your son play in his first Little League game and you can’t suppress the urge to shout, “Keep your eye on the ball!” 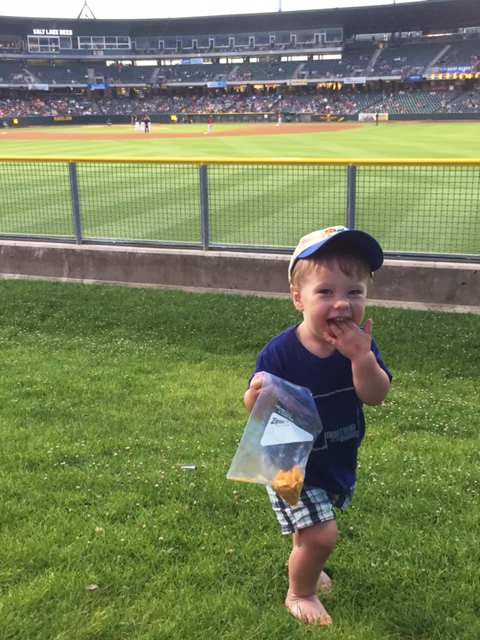 Today, at 60, in the middle of a life that seemed to begin in the PeeWee leagues and miraculously continued after a last season of bush-league, semi-pro ball at the height of my young manhood, baseball is still a metaphor for some of the best things I ever learned.

Today is Opening Day for the big leagues and it brings baseball’s life lessons more into focus. One important one: We sometimes fail. The most talented and consistent hitter in baseball’s history—Ted Williams—only hit the ball four out of every 10 times he tried. The Splendid Splinter still embodies persistence and grace to me, though statistically he succeeded less than half the time.

And, come to think of it, persistence was a good lesson to learn way back when your father first took you out to play catch. Maybe he didn’t think you were listening, but you were.

A mitt as soft as outfield grass, the taste of the dust that swirls at second base, the color of light when the sandlot empties for supper—images of games won and lost, preserved like well-oiled leather.

But there are so many other lessons to be learned between the white lines in the summer ballparks of our memory. They do more than color childhood memories, they enhance our lives.

What did I learn in Little League?

Being safe at home is the overall objective.

Two hands work better than one.

It sometimes takes every kid in the neighborhood to make something possible.

With persistence, even a bunt can be a home run.

Always keep the trademark up.

It’s nice to be part of a team.

Everybody gets at least one chance to be a hero.

We sometimes see things differently than the guy who has to make the call.

The national anthem should be played before anything that’s worth doing.

The sun shines in everybody’s eyes.

Back up your teammates.

The shortest route between two points, such as the dugout and the snack
stand, is a straight line.

Patience and vision make a hit.

Everybody gets a turn.

You can still have friends on the other team.

Sometimes you get hurt, but it goes away eventually.

Warm days are a gift, so play every chance you get.

When the time comes to make a play, it’s best to know what you’re going to do.

Long-ball hitters strike out sometimes, too.

Carpools save energy, especially for moms.

Even bench-warmers have an important job.

A Ted Williams is still worth more than a Pete Rose.

It’s best to face forward most of the time.

Don’t dig yourself into a hole at home.

Every season, the fences get a little closer.

Right-fielders are blessed with the brightest futures. They have nowhere to go but up—or to center field. And … we all play right-field at sometime in our lives.

This essay, in slightly different form, appeared in the program for the 1995 Little League World Series. It has also be broadcast by NPR’s “All Things Considered.”