﻿﻿On this day—June 4—in 1998, a tiny publisher in an Alabama small town released a little book, an unimportant first novel by an unknown writer in Wyoming. It didn’t change the world but it changed the writer’s life.

The little book was titled “Angel Fire.” And the author was me.

This literary story about the necessary relationship between two brothers and the wounds of war had gestated for years. I was in my 20s when the vapors of the idea came to me, and in my 30s when the time came to write it or feel like maybe I missed my chance to do something extraordinary. 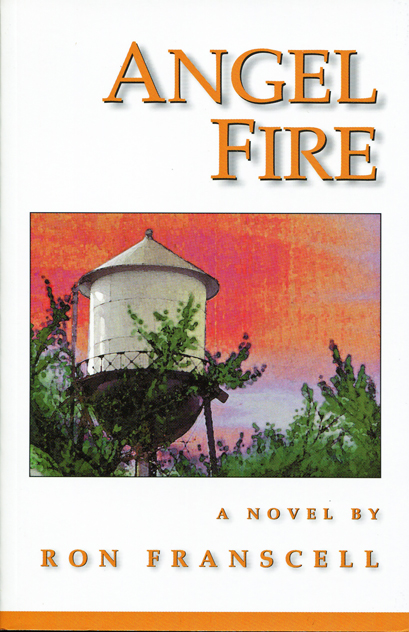 In the summer before my 37th birthday, I was mowing the lawn—where I do my best thinking—when it occurred to me that 37 was halfway in the lifespan of the average white American male. My life had been pretty good up to that moment. I had two beautiful young kids, a happy life with a lot of friends, and was living my dream of publishing a small-town newspaper.

But I never had a plan.

So it occurred to me that maybe I should be more organized in the Second Half. I decided to make a list of my goals before I died (before we commonly called it a Bucket List).

There were 25 goals on the list, all aimed at making me a better person or making the rest of my life fuller.

The operative word (because only writers care about such things) was write. Not publish, just write. The real accomplishment, I believed, was to imagine a vivid world and uncommon characters, then breathe life into them. In those days before the self-publishing revolution made everybody a writer, not everyone could do that. But it was the accomplishment of telling a long, complex story—not the infinitely more difficult publishing—that mattered. It would be enough for me to occasionally pull that fat, dog-eared manuscript out of my trunk so my grandchildren would someday just call it “Grandpa’s Novel.”

But writing a novel wasn’t as easy as I imagined. I trashed six months of bad work before starting over completely. In the end, it took me 18 months to write “Angel Fire” between my jobs as a young newspaper editor, father, and husband.

Then something strange happened. Now that I had written it, what if I could find a literary agent? Everybody told me that getting an agent was harder than finding a publisher. But my dream had evolved: Why let this story sit in a trunk?

Miraculously, I found a literary agent quickly, and after 37 rejections, she finally found Laughing Owl Press, a tiny start-up that happened to love my story.
On June 4, 1998, my novel was published. I was 41 years old. Nobody was looking for it and few people cared who I was, of course. It slipped into the great river of American literature without much of a splash and seemed to float away, out of our grasp, to be lost forever. 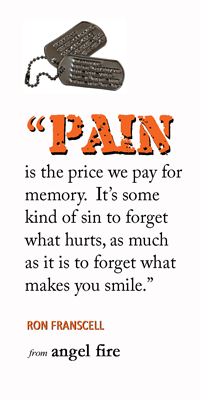 Then something magical happened. USA Today reviewed “Angel Fire,” heaping it with effusive, poetic praise. Sales picked up. Others took note. Penguin/Putnam’s Berkley imprint bought the paperback rights, director Ron Howard took a delightfully long look at its movie potential, and the book gained steam. I was still nobody and I still mowed my own lawn, but the book had made a little splash.

Two years later, the San Francisco Chronicle listed “Angel Fire” among the 100 Best Novels of the 20th Century West. At No. 74, the book placed just ahead of Thomas Berger’s “Little Big Man’ and just behind Louise Erdrich’s “Love Medicine.”

Apparently, it had made a bigger splash than I ever knew.

I commonly respond with a semi-snarky question: “Which is your favorite child?”

But sometimes I venture closer to the answer they seek.

Last week, I submitted my 17th book to the publisher, a big New York house called Prometheus Books. I’ve been nominated for an Edgar. I have written four genuine bestsellers, including “Angel Fire.” My last book is being developed by an international producer into a cable-TV true-crime series. The Portuguese translation of one of my books has spent 13 months as No. 1 or No. 2 on Brazil’s true-crime bestseller list, and several more foreign editions are coming. I’m asked to appear on more crime-TV shows than any Wyoming boy should. I now count among my acquaintances some of the biggest names in American literature.

Publishing has changed, too. These days, anybody can write anything and with the click of a few buttons, can be selling their “book” to the world. None of the rejection, editing, practice, repetition, disappointment, or sweat.

But this guy whose goal was simply to write a book now writes and publishes books full-time, the old-fashioned way, like Hemingway and Fitzgerald did it. I still have two beautiful children, although they’re both 20 years older now. I still have friends and dreams, although they, too, have evolved. I’ve also checked off a few more of my bucket-list goals in the past 20 years.

And I still mow my own lawn.