A long time ago, when my kids were very young, my parents visited for an early December weekend, a rare occasion since I’d moved north with my family. I had already committed to hanging the Christmas lights before the weather turned bitterly cold—which is when I normally seemed to put up my Christmas lights.

My father asked if he could help and my own son couldn’t, so we gathered our tools and went outside to work. Almost before the ladder was unfolded, Dad clambered up a few steps and inspected the roof line.

He looked hurt. His eagerness turned to disappointment. But now his place was on the ground and mine was on the ladder. How many times had I wandered around behind my father with his magnificently tangled wad of Christmas lights, my coat pockets stuffed full of spare bulbs, weighted down with tools he’d never use? 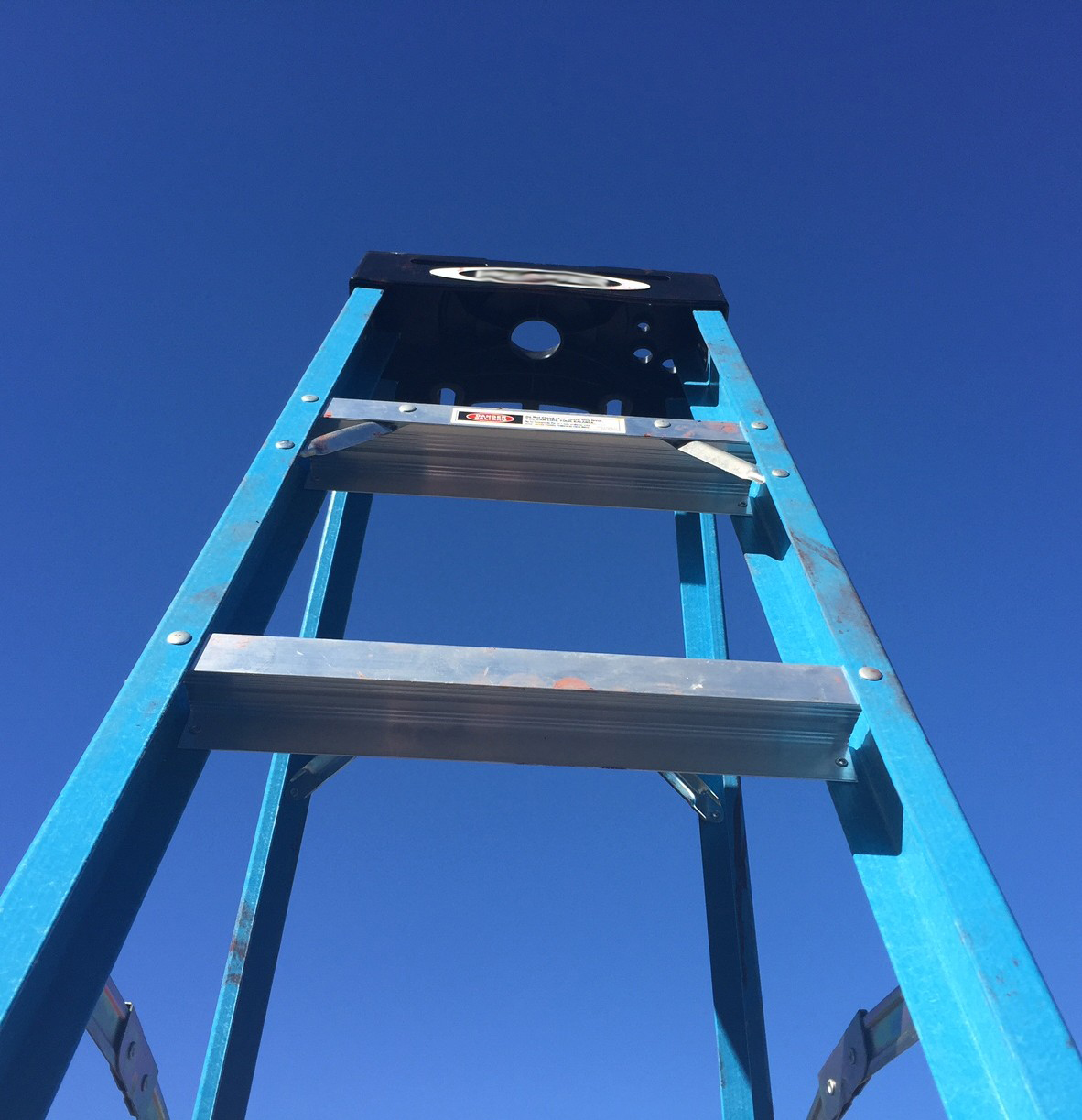 “Just don’t staple ‘em where you can see,” he advised. He shuffled anxiously around at the bottom of the ladder, ready to climb up. “Under there. Watch it that you don’t shoot it into the wire. No, no, no, up under there. Stick it on the one-by. There you go. That’s it.”

Later I plugged in the lights and found they didn’t really stretch. The Ladder Guy had tugged a little too hard, but he’d done it under the supervision of the Old Pro. And that was the way it should be. I guess we’d done it together, the good and the not-so-good. Together.

I fixed the lights one night after my Dad went home. I worked all alone in the dark, finally surrounded by twinkling lights at the top of the ladder. Stuck between earth and sky, I was both a father and a son. Up there, I began to see some things better than I ever had before. He’d handed it all to me, not just Christmas lights but … all of it.

These days, I’m lucky my dad is still here to offer advice, but Parkinson’s Disease has dimmed his light. My own son is a man now and doesn’t like me to up on ladders anymore. How many times had he wandered around behind me with my magnificently tangled wad of Christmas lights, his coat pockets stuffed full of spare bulbs, weighted down with tools I’d never use? Maybe now it’s time for him to get … all of it.