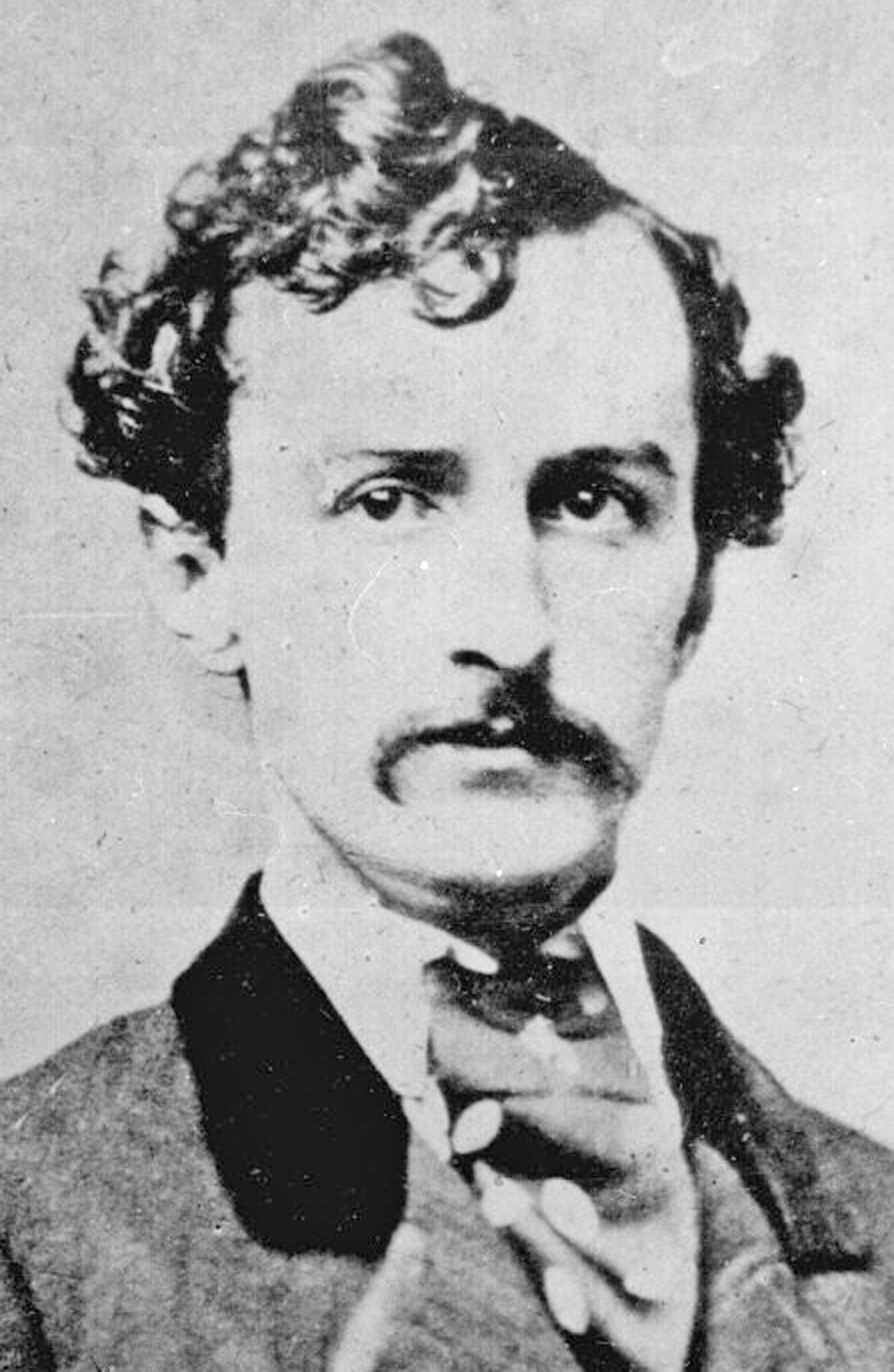 While researching THE CRIME BUFF’S GUIDE TO OUTLAW TEXAS, I came across the intriguing story of the long-lost mummy of John Wilkes Booth … or at least a fellow who claimed to be him.

It all begins in 1870, five years after the Lincoln assassination, when a young man named John St. Helen settled in Glen Rose, Texas, where he took a job as a bartender and acted in the local theater. He reportedly had an encyclopedic knowledge of Shakespeare and remarkable stage presence. But when the daughter of a local politician invited a slew of U.S. Army officers and a federal marshal to her fabulous wedding, St. Helen mysteriously disappeared.

In 1871, he popped up in Granbury, just up the road. He again worked as a bartender at a local saloon and befriended a local lawyer named Finis Bates. Bates noted years later that although St. Helen was a teetotaler, he drank himself silly on one day of every year, April 14 — the anniversary of Lincoln’s shooting.

While in Granbury, St. Helen got sick and believed he would soon die. Secretly, he whispered to his friend Bates, “My name is not John St. Helen. I am John Wilkes Booth, assassin of Abraham Lincoln.”

To be sure, he bore a resemblance to the famed actor and dastardly killer. His age (about 40) was about right, and his theatrical demeanor gave one pause. And he told a remarkable story of mistaken identity on the Virginia farm where Booth was supposedly killed by federal troops.
But St. Helen didn’t die. He recovered long enough to disappear again, reportedly leaving behind a pistol wrapped in a Washington newspaper dated April 15, 1865.

That was the last anyone heard of St. Helen — until 1903, when an itinerant housepainter named David George committed suicide in Enid, Oklahoma. He’d again confessed his “true” identity to a local widow, who described him as an intelligent man who often quoted Shakespeare when in his cups. And the coroner discovered George’s right leg had been broken just above the ankle years before, and he was born in the same year as Booth. They wondered, might David George’s alias be a combination of two Lincoln conspirators’ names, David Herold and George Atzerodt, both hanged for their roles in the assassination plot?

George/St. Helen/Booth’s corpse was mummified and displayed for two years in the front window of an Enid funeral home until his old friend Finis Bates (future grandfather of actress Kathy Bates) came to identify George as his old friend, John St. Helen. He claimed the body, had it positively identified by Booth relatives, then sent it on a carnival sideshow tour as the mummy of John Wilkes Booth.

In 1931, a team of doctors and detectives X-rayed the mummy (pictured above). They allegedly found a broken leg and thumb, and a scar on the neck that matched wounds Booth was known to have suffered. Oddly, they also found a corroded signet ring in the mummy’s stomach — bearing the initial “B.” Suddenly, people began to wonder … could it be?

In 1937, the mummy reportedly attracted more than $100,000 from sideshow gawkers. Various carnivals displayed the mummy over the years until it vanished completely in the mid-1970s … about the time the feds were cracking down on displaying human remains. Whether the Booth mummy was destroyed or is now in a secret collector’s care, the central question is … where is it?

Personally, I am skeptical that David George was Booth … but it’s that sliver of possibility that intrigues me. Even if he isn’t, though, maybe we can explore the tragedy of being nobody wanting to be somebody … and ultimately being lost altogether. Whether the mummy is found or unfound, the book will explore bigger issues of culture and psyche … and cultural psyche.

Who wants to play? Doesn’t matter if you are a skeptic or a believer … let the courts and scientists sort it out. If you have clues or special inside knowledge, let’s see if we can crack the Case of the Missing Mummy. (And you thought it was easy?)