“Pain is the price we pay for memory. It’s some kind of sin to forget what hurts,
as much as it is to forget what makes you smile. Suffering has its meaning,
and memory has its graces.”
—from ANGEL FIRE, A Novel

A lifetime ago, back in 1983, I took work as an editor at the Santa Fe New Mexican newspaper. One weekend not long after we arrived, exploring our new place, my wife and I drove to a quaint New Mexican mountain village called Angel Fire. Somebody there told us about a local family that had built a tiny chapel on a hill as a shrine to their son who’d been killed in Vietnam. So we went looking for it.

We stood alone on that hill that day, except for the wind and the ghosts. Inside the quiet sanctuary, I was unexpectedly moved. It wasn’t just a sad tribute to a son whose sacrifice was ambiguous, but also to the profound pain of parents trying to find meaning in their suffering. Maybe they didn’t know if their dead son was absent or present. Maybe they couldn’t decide what to remember and what to forget

Then something happened. Maybe it was the ghosts. In a matter of seconds—really, like watching your time-lapsed life pass in the instant before dying—I imagined a whole story about a son, a father, and the wounds of that war. I didn’t know their names but I could see their faces. And in that same twinkling, I decided this book would be called Angel Fire.

Alas, life intervened. I was a young father myself, and I was starting a newspapering career that eventually took me away from New Mexico. But when we left that sad chapel, I carried the whole story in my heart for 12 years. When I finally thought it was time to write it down, it had morphed into something different. That new story still contained the DNA of my original vision, but now it was about two brothers—Daniel and Cassidy McLeod in the fictional West Canaan, Wyoming—in a very necessary relationship. It was about the power of storytelling in our lives, about losing and finding. And at its heart … the wounds of that war. But one thing survived intact: The title Angel Fire. For me, it perfectly captured the blessing and torment of my new tale, too. 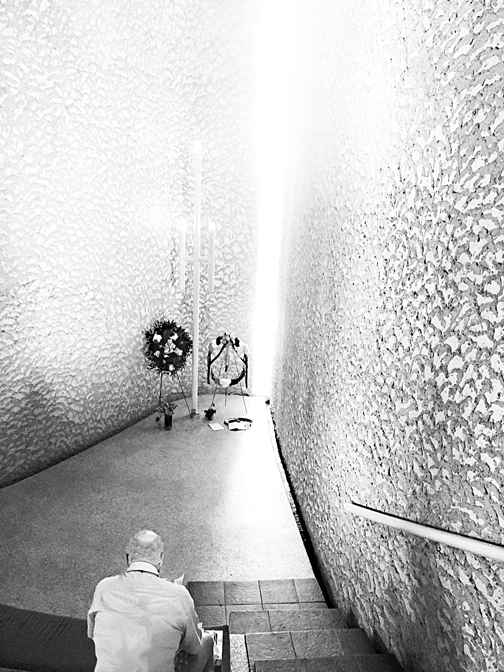 That literary novel—my first book—was published in 1998. It became a USA Today bestseller and is now part of some colleges’ American literature curricula. In 2000, it was listed by the San Francisco Chronicle among the 100 Best Novels of the 20th Century West. Most importantly, it opened the door to a literary career that has thrived since 1998, all because I spent a few minutes in a chapel outside of a little mountain village. It all started there, a gift from ghosts.

A year ago, I moved back to New Mexico. Yesterday, my wife Mary and I celebrated our anniversary in Taos, but I suggested that we make a side trip to visit the chapel. It had been 38 years and I hadn’t expected the ghosts to still be there, nor for the space inside to still be as separate from the world as it once was. But they were.

It was still morning and we were alone in the chapel. Its air was still, not dead but solemn. I sat for a while, not praying, but reflecting on a long-ago moment, the way I sometimes reflect on the birth of my children. And just like a child’s birth, this story’s instant arrival had bumped my life off in a new direction that at the moment I couldn’t fathom or control.

This little sanctuary was one of those “thin places,” where Heaven and Earth are closer than everywhere else, where one senses the closeness of his beginning and endings. I’m not an especially religious person, but maybe that proximity made it easier to hear a whispered story.

I picked up a Bible from the bench beside me. Not because I needed its comfort but because I wanted to read the Book of Daniel again: “Go thy way, Daniel, for the words are closed up and sealed till the time of the end … go thy way till the end, for thou shalt rest …” 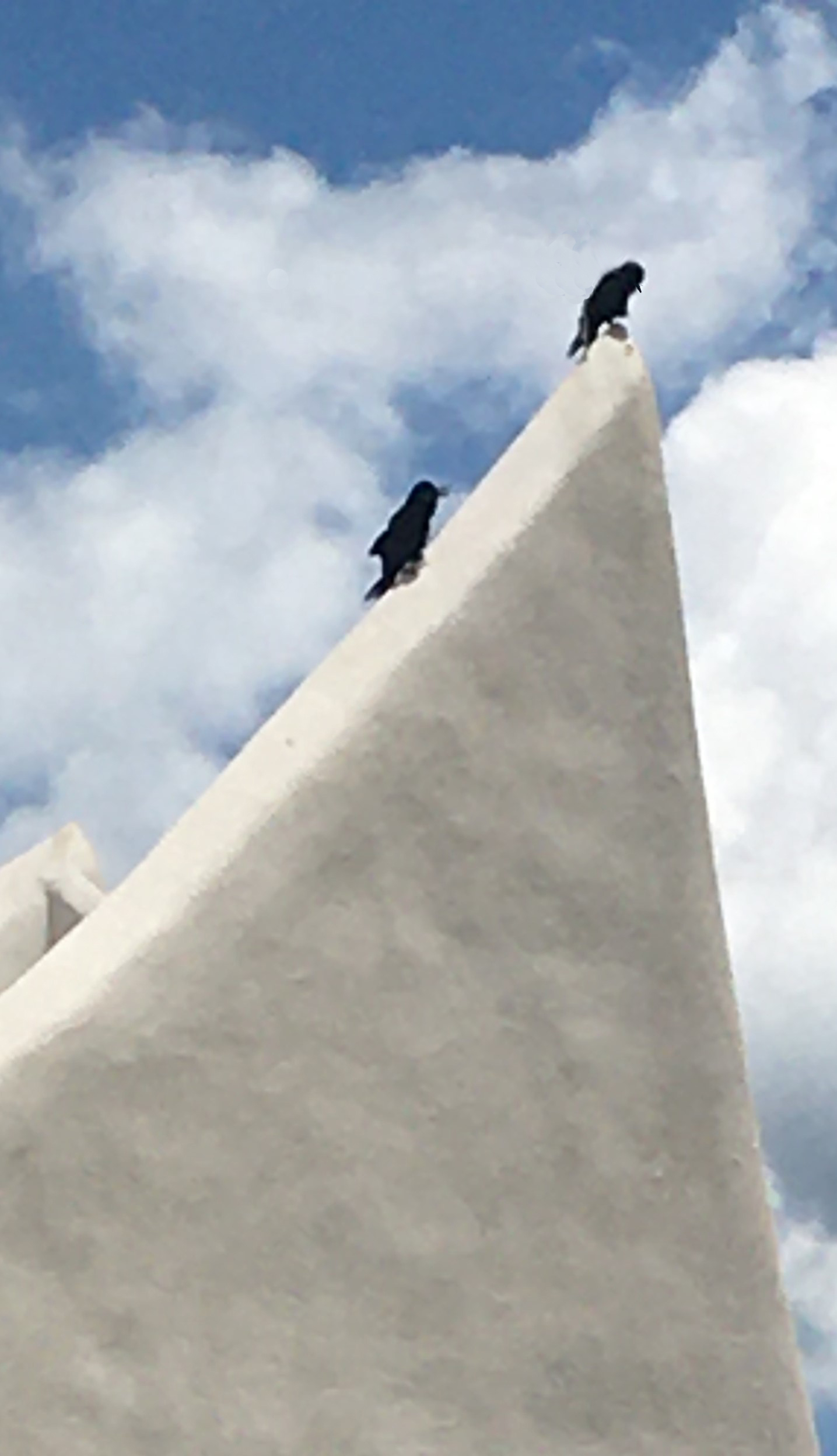 Those 28 timeless words distilled the story of Daniel McLeod and Angel Fire, and maybe me, too. They said we cannot know everything now, but the closer we get to the end, the more we’ll know. They also gave me pieces of myself and who I’ve become since I stood there decades ago. It wasn’t just about the story I told … it was also about the blessing and torment of everything in between. Go thy way …

Mary and I said nothing as we followed the path away from the chapel. Then two crows cawed to us from its lofty, sweeping spire. The old nursery rhyme came to me … one crow is for sorrow, two is for joy … and I smiled. Joy. That’s it. This place was built for a son who died too soon, by a father and mother whose wounds slowly bled out for the rest of their lives. Maybe it was also put here, exactly where I should find it and imagine their lives differently. Pain and memory.

Way back then, I didn’t know the gift the ghosts had given me. Now, I hope I haven’t wasted it.

NOTE: The novel Angel Fire was the inspirational source—albeit loosely—for the visual part of a music video, “Hey Brother” by Avicii.