Some stories are about love, and some are about pain. But painful love stories like the star-crossed romance between Annie Beatrice McQuiston and Claude “Cowboy” Henry started long before they met in a whorehouse on a humid night in Depression-era Texas.

Joe Calloway died naked in a Louisiana rice field, trembling with terror and cold, praying to God and begging for his life in the dark.

At that moment, the Houston tire salesman must have regretted stopping near the East Texas bordertown of Orange to give a lift to the pretty woman and her male companion hitchhiking on this freezing Valentine’s night. It was 1940, the Depression was lingering, and people were still in bad shape. Worse, a cold front had moved in, and he probably felt sorry for this couple out on the frigid roadside.

But whatever good deeds he’d done meant nothing.  The ride would be short. 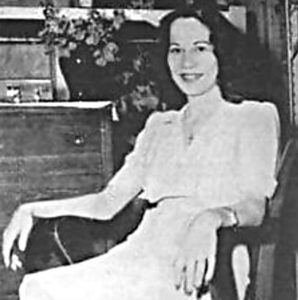 Somewhere near Lake Charles, Louisiana, the woman pulled a .32-caliber pistol and forced Calloway to pull over.  She and her accomplice stole his wallet containing $15 and forced him into the trunk of his Ford V-8 coupe.

The hitchhikers drove into the deserted rice fields south of Lake Charles, away from the highway and lights. They forced Calloway to strip naked and marched him at gunpoint to a hidden place behind a stack of rice stalks in a dark field.

Calloway pleaded tearfully with his abductors, but the gun-wielding woman forced him to kneel in the rice stubble and say his prayers. When he finished, she shot him in the forehead, just over his right eye.

Later, Toni Jo Henry would decide her murder of a kindly husband and father wasn’t all that cold-blooded. She had, after all, let him finish his prayers.

But the senseless murder of Joe Calloway was just part of Toni Jo’s plan to bust her husband, a cop-killer and ex-boxer named Claude “Cowboy” Henry, out of a Texas prison where he was serving 50 years for murder.  She and her cohort, a truck-driving Army deserter named Arkie Burks, had already robbed a gun store. Now they needed a car to rob a bank in Camden, Arkansas, where they’d get enough money to bribe Texas prison officials to shorten Cowboy’s sentence.

Toni Jo and Burks drove all night to Camden, where they booked a fleabag room. While Toni Jo slept, the spooked Burks fled with Calloway’s car and the escape plan fell apart. Toni Jo used the rest of Calloway’s $15 to slink back to her hometown of Shreveport, Louisiana, to hunker down.

Toni Jo told her disbelieving family that she’d witnessed a killing and surrendered her gun—minus one bullet.  When she was arrested a few days later, Toni Jo took police to Calloway’s body. She told them Arkie Burks had pulled the trigger, but when Burks was busted a couple days later, he pointed the finger at Toni Jo.

The cops in Lake Charles didn’t care. They would both face the death penalty.

That’s not all! You can read the rest of this sordid romance in SOUTHERN FRIED CRIME, a collection of true-crime stories about Dixie mayhem. It’s part of the NYTimes-bestselling Notorious USA series featuring some of America’s top crime writers. In ebook, hard copy, or audio! 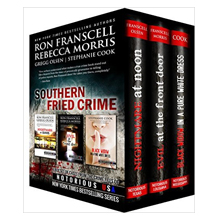