Where I grew up, you learned the smell of rain coming, and could damn near tell the exact day, maybe the exact moment, the seasons changed.

Well, a dark season lies ahead.

In 2009, in the earliest, scariest days of the Great Recession and the uncertainty of a new presidential administration, I predicted an uptick in public, mass shooting incidents.  Within an unseemly short time, 13 people were shot by a lunatic in Binghamton, NY, and a few months later, 13 more died at Fort Hood in Texas … and the slaughter has continued with fearsome regularity ever since.

According to one study, there have been more mass shooting events and deaths in the 11 years since 2005 than in the previous 23 years combined. 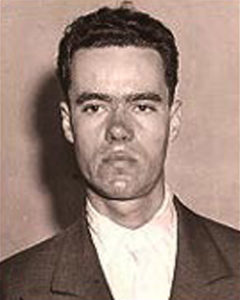 My prediction didn’t require a crystal ball or special magic, and I’m not particularly proud to have made it. But after studying the modern era of mass murder, from Howard Unruh’s 1949 rampage in Camden to today, I only had to watch the news to sense that conditions were right for something to go very wrong.

As anger, hopelessness, and frustration swell—like steam in a kettle—it doesn’t take much for that collected pressure to vent off in one spectacular, screaming, hot burst. In the case of public mass shootings (as opposed to terrorist events), this “trigger”—maybe a job loss, a divorce, an encounter with cops, or even bad news on the TV—sets a national tragedy in motion. In the blink of any eye, somebody transforms from an angry person to a killer.

Who is “somebody”? History tells us he (it’s only rarely a “she”) falls into one of three types: a depressed, frustrated, hopeless loner; a mentally ill person who’s lost touch with reality; or a psychopath who seizes the moment to kill.

Contrary to popular reporting in the breathless media, they don’t just “snap.” They have likely been sending unwitting messages to the people around them for a long time. They’ve grown tense and depressed. They have withdrawn from the people and activities they most enjoy, and a lot of things no longer matter to them. They are hypersensitive to what they see as unfair treatment, and they talk or write about it. They collect wounds and slights … avidly. Their conflicts with others intensify.

Can you smell rain coming? Has the wind changed?

Sadly, we might be on the verge of a new season of slaughter.

Nobody can predict a specific mass-killing, but it isn’t difficult to foresee such an event will happen. And nor is it hard to see that conditions are ripe for a bitter season. When life seems to be splitting at the seams, good people will persist through it all … some bad people will explode.

The putrid tenor of a how-low-can-you-go campaign, cultural divisions that often look like injustice and unfairness, the chaos created by terror threats, increasing (and merely suspected) intrusions by shadowy agents, unresponsive government, lingering economic blues, and the ordinary uncertainties of life and happiness create a deadly atmosphere from which disturbed, paranoid, angry, ill-intentioned killers will emerge.

You’ve already seen it: Would you say your Facebook feed has gotten friendlier or more hostile lately? Have people behaved better or worse in public? Do you sometimes wonder what has happened to our sense of community, to our trust in leaders, to our collective sanity? It should seem all too predictable to you what comes next.

We can’t fix this. We’ve always had mass murder. As long as winds of strife, conflict, and uncertainty are blowing, we must expect a storm.  But if/when conditions improve—if/when the cultural weather changes for the better—we’ll see calmer times.

Ron Franscell is the bestselling author of DELIVERED FROM EVIL, which explores the lives of 10 ordinary people who confronted and survived mass killers. 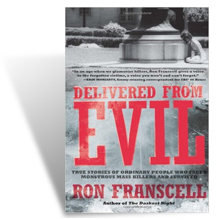