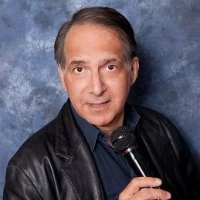 Where better to kick off the new CRIME BUFF’S GUIDE™ TO OUTLAW LOS ANGELES than at the Los Angeles-based True Crime Uncensored radio show, hosted by the legendary Burl Barer.

Los Angeles is where America’s dreams and nightmares got all tangled up. Sunny days dissolved into noir nights. In this otherworldly place of seemingly everlasting life, death could have an otherworldly quality, too. In a city where anything was possible, even the ghastly could happen. In a land where illusion and reality were inseparable, so are fake immortality and authentic death.

And where else does a list of a city’s top five most recognized citizens include a mass murderer? Where else are ordinary inhumanities turned to entertainment? Where else is the line between reality and fantasy so razor thin?

For an hour on one of the nation’s top true-crime shows, we’ll talk about all the things that have made the Crime Buff’s Guides™ the popular phenomenon they are: You can stand in the footsteps of Manson, the Hillside 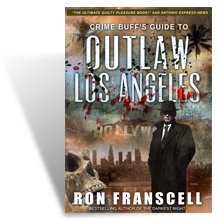 Strangler, the Night Stalker, the Black Dahlia’s killer, and the Onion Field slayers. You can see the crime scenes where Hollywood’s weird history took fatal turns for O.J. Simpson, John Belushi, Ramon Novarro, Phil Hartman, Dorothy Stratten, Sal Mineo, and so many others. You can wander among the graves of victims, criminals, and great lawmen (and -women). It will point the way to the precise location of some of America’s deadliest made-for-TV crimes, like the 1974 SLA shootout and the Christopher Dorner manhunt. And you’ll read about cases you never knew existed but that sent out grim, ghostly ripples that have washed across decades.

Before we go live at Outlaw Radio on Saturday, June 10, check out the video trailer for Outlaw Los Angeles!

OUTLAW L.A. will debut on May 30 from Wildblue Press.