June 21, 2007
Somewhere in the Arctic on
a day when the sun never sets

While Matt sleeps, I watch the subtly changing sky as the sun circles around to the north.  The clouds are breaking up and patches of blue are oozing through.  The day is warming.  I smell spruce, woodsmoke and musky earth.  It is the first day of summer, yet it tastes and feels like spring here.  It’s the kind of morning that made William Least Heat Moon doubt the existence of death, and now I know what he meant.

I have strong visions of this place in empty times, before and after us.  Its timelessness is daunting, relentless.  It is not moved by our presence, nor changed in any significant way.  It is as unchangeable as the past.  Any wound we might inflict eventually heals without a trace.  Even the rearrangement of its stones in our own image is ultimately temporary.  As far as I can see beyond our camp, there is no evidence of human existence. 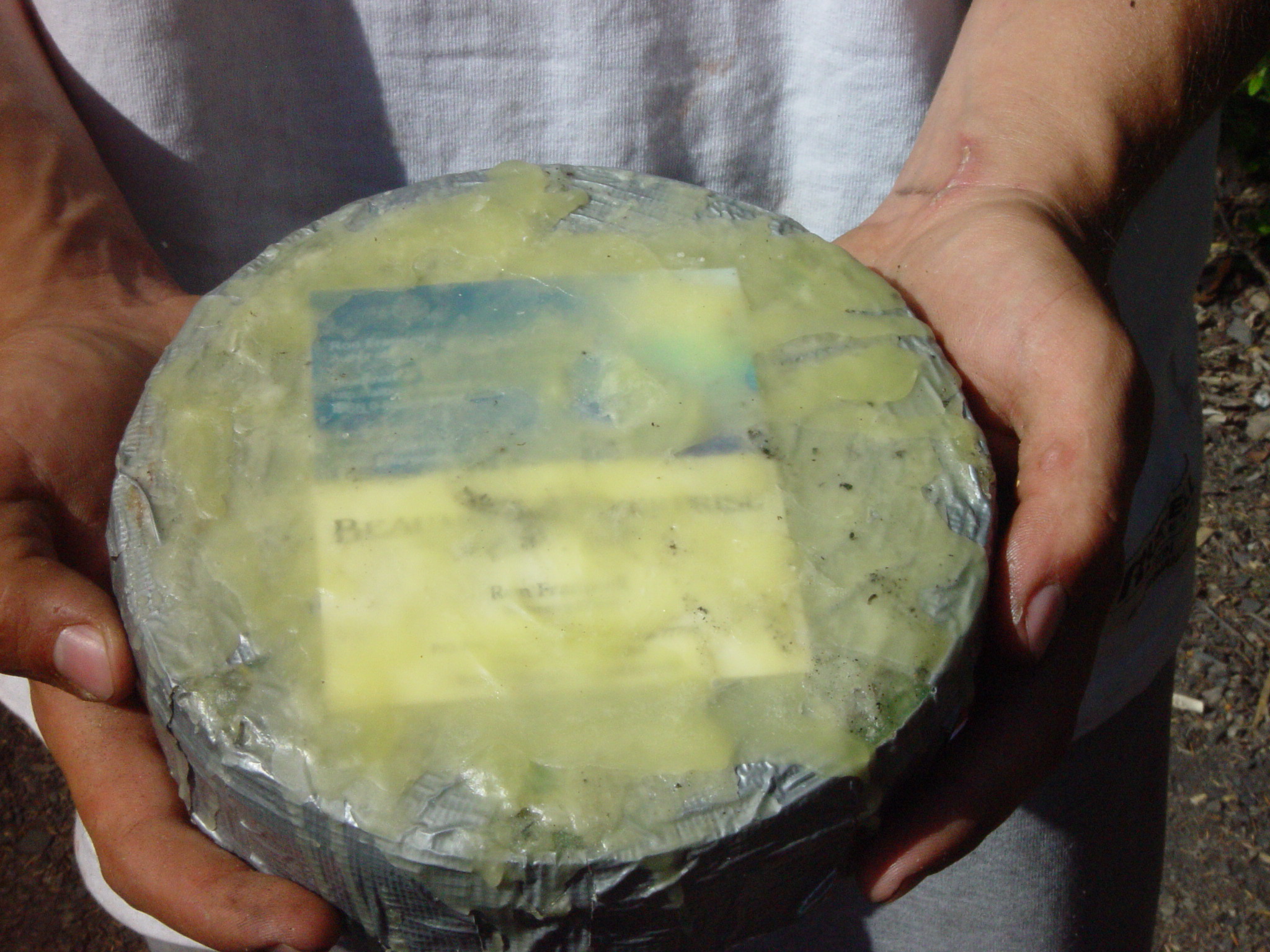 But I am here.  My son is here.  We came to this alien place for a reason that won’t matter in a thousand years, but why can’t it matter in twenty?  Why can’t this moment between a father and son last long enough, like a shadow that lingers, to change the future?  I don’t need a millennium, just a generation.

And a metal box.

My heart leaps.  Rummaging through the van, I fetch a sheet of paper from my notebook and under the midnight sun I begin to write a letter. I address it to my unborn and unimagined grandson, whenever he may be.

On the day I write this, you don’t yet exist.  And maybe when you read this, I won’t exist anymore.  I hope truly, madly, deeply that we crossed paths.

I tell him how I died once, how I have come with his father to this place to be reborn.  I tell him about all the accidental bastards in his family tree, and how I wished he would never be one of them.

We came to share the longest day any father and son could possibly share, and I hope you and your father are doing the same now.

I can’t finish for the tears in my eyes, so I weight the half-written letter with a stone while I dig our empty cookie tin from the garbage and poke around for tiny treasures.  Two pennies from my pocket … a picture of Matt and me from my wallet … the rusty link from Valhalla … a green sea-stone from Panama that went overlooked in my camera bag … and a black stone I’ve carried for luck since my first novel was published … they all go into the cookie tin.

Today, a day without darkness, I am happy.  Honest to God, I hope you feel this way at least once in your life.  Full and alive near the top of the world.  If you are here today with your father, embrace him.  Hold him so tight that no ray of that extraordinary sunlight can shine between you.  And never let go.  Never let him let you go either.

There’s so much to say, but too little time, just one brilliant day.  I must trust that if he comes here one day with his own father — my son — the vital lifeline that connects two generations of fathers and sons will finally run unbroken.  So I close:

Let this spot be a symbol of your love for and faith in your father.  Bring your son here someday.  Along the way, tell him all the stories you know … and promise me as if no greater promise will ever be made:  Never walk away.

On the longest day of the year, not far from the very top of the Earth, while a curious sun circled the sky over a lonely hill four thousand miles from home, my son stabbed a folding camp shovel into the rocky soil, probing for soft dirt where we could bury a piece of my heart in a cookie tin swathed with duct tape and coated completely in wax from a jar candle melted over the campfire. 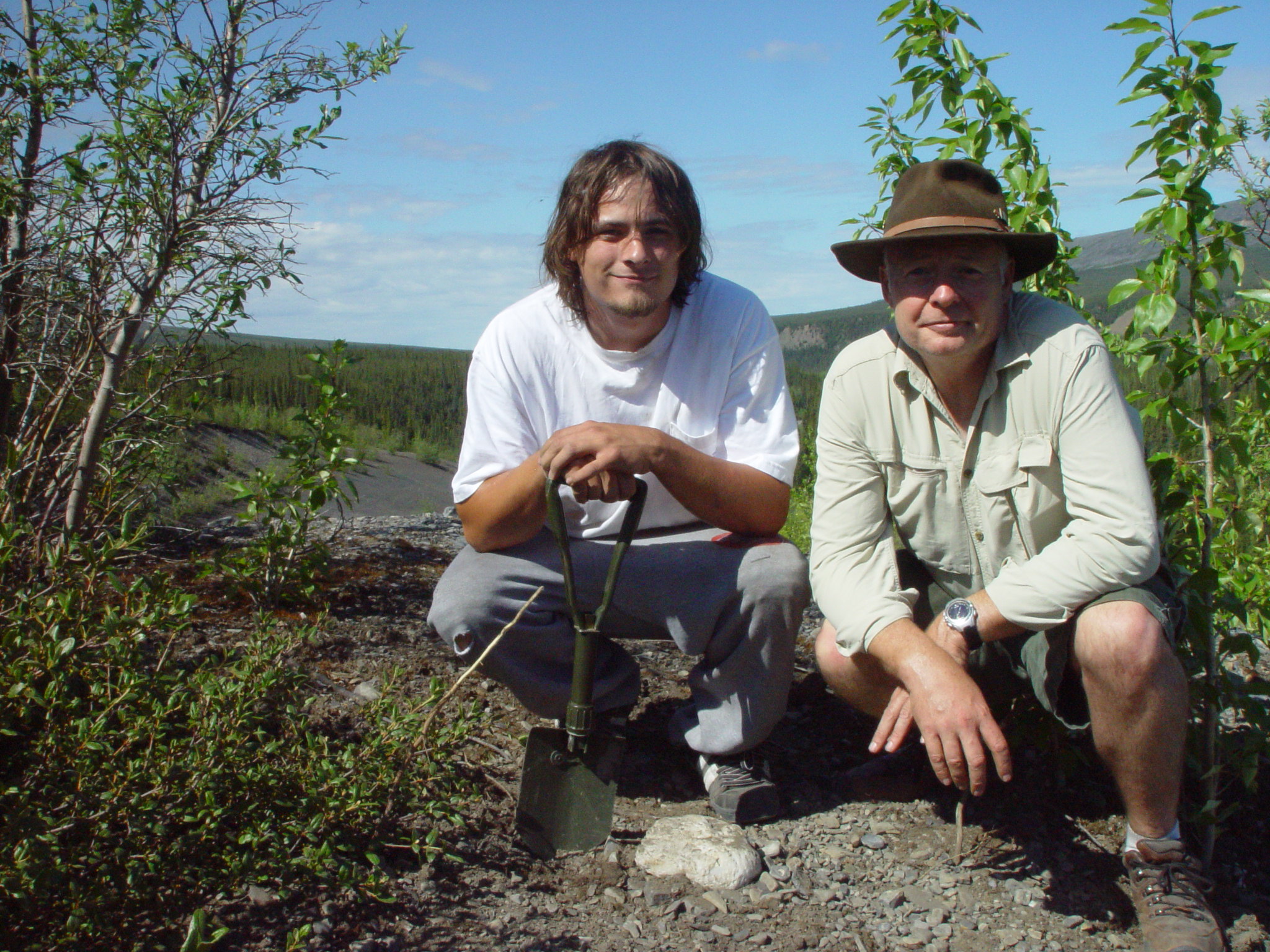 I knew the spot when I saw it:  on a taiga hill’s far slope beneath a young balsam poplar, overlooking a vast Arctic valley that unfurled like a bolt of dark green velvet to the east.  This first day of summer had turned warm and windless, so the only sound for miles was the clang of Matt’s metal spade against stone. We buried the letter and the coins and everything else, then placed the odd white rock above it.  No other rock within our view gleamed so brightly.

Roads don’t always go where you’d like them to go.  Our journeys represent love, progress, escape, family outings, remedy, adventure, sex, wasted time, the gaining of wisdom, the loss of youth, growth, drift, exploration, desperation, disappearance, and memory … and all can be dead-ends.

Ah, but all roads are connected.  No road begins and ends without crossing another.  And there’s no road someone hasn’t traveled before me.  That’s both a comfort and a disappointment. 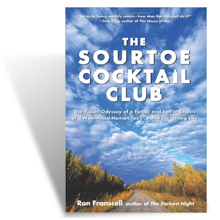 (This is excerpted from Ron Franscell’s acclaimed memoir, SOURTOE COCKTAIL CLUB: The Yukon Odyssey Of A Father And Son In Search Of A Mummified Human Toe … And Everything Else. It was published by Globe Pequot Press in 2011.)