In the late and violent spring of 1918, in a muddy French camp where every step was difficult, US Army Pvt. John L. Worrall never noticed when his dogtag* slipped off his neck.
At the time, he was encamped with WWI’s legendary 42nd Rainbow Division, where this Kansas National Guardsman served in a horse-drawn wagon unit supplying guns and ammo to front-line trenches. A soldier’s life in The Great War was unfathomably hard, and the mud only made it worse. During his time in France, Private Worrall contracted Spanish flu and nearly died, but recovered and returned to fighting Germans on the Western Front. He’d later say the battlefield mud was so thick that he could plant his boots firmly in the muck and fall asleep standing up. 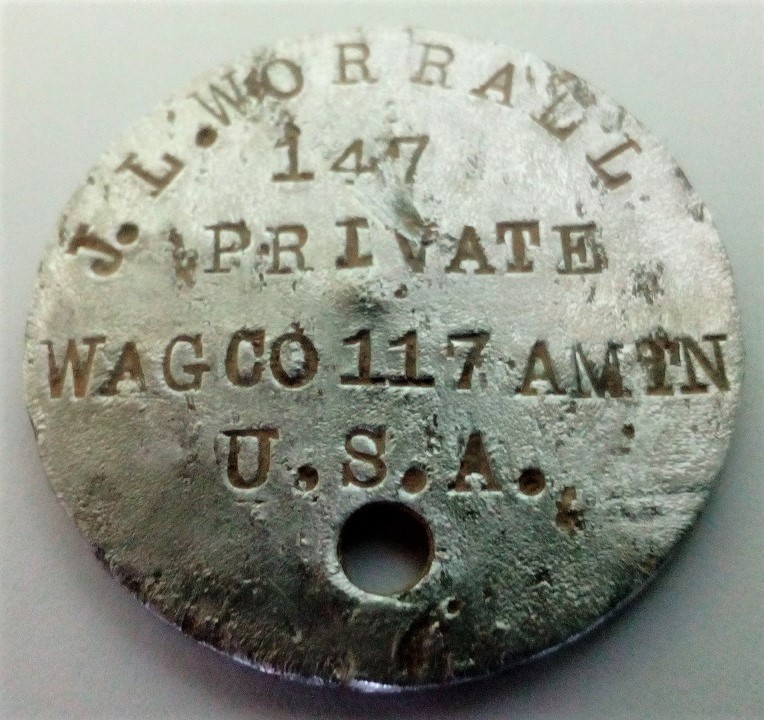 Before he left for war, the 25-year-old Worrall married his sweetheart Mary, a teacher, then he shipped out. After the war, then-Cpl. Worrall came home to Kansas City and to Mary, and they soon had four children, but he never talked much about the war. He lived a good, long life, and died in 1982 at the age of 88.
Then this spring, a French metal-detecting buff found something Worrall unintentionally left behind in that muddy camp—that lost dogtag. The mud hadn’t exactly preserved it, but the tag stayed safely hidden where it fell for more than 100 years.
Today, French farmers near Glonville in the Lorraine region have turned that sprawling encampment into pastures and fields. And on spring weekends, before those fields have been planted, my treasure-hunting friend Jean-Claude scours the sites of old WWI and WWII camps and battlefields. As you might guess, he finds all kinds of war items, from buttons to grenades (astonishingly, even the occasional Roman coin from 2,000 years ago).
Back in 2012, Jean-Claude found another American soldier’s dogtag from WWI. He considered it an unusually intimate discovery.
“When I dig up such an artifact, I have three possibilities: I can put it in the drawer and look at it every five years, which benefits nobody. Or I could sell it on eBay for $10, which is shabby and disrespectful. Or I can make a family happy about a relative who has risked his life for your country and your freedom. Now, if you were in my shoes, which would you choose?” 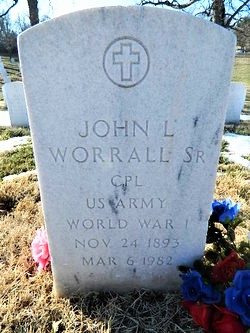 To find the closest living descendants of that soldier, he needed an American helper who was fluent in English, the complex American archive system, and finding people who don’t even know they’re lost. A friend of a friend or a friend of a friend led him to me. I happily volunteered to join his honorable quest.
Bridging the past with the present is a unique privilege. We are seldom able to unearth old, lost memories and find their proper home today. Since 2012, it’s been a privilege to reunite a half-dozen of these dogtags with American soldiers’ descendants—now including Cpl. Worrall’s. (All WWI “dogtags” Jean-Claude has found were simply lost by soldiers who survived the war or died in combat under unrelated circumstances later.)

* In World War I, these were called “identification discs” (they weren’t called “dog tags” until WWII, but now the phrase is generally applied to all similar identity tags) and they were intended to help identify dead soldiers’ remains. Made of aluminum, they were typically worn on strings or leather thongs that easily broke under modest stress.